…consists of a craft beer production facility and taproom and is located in the former Coca-Cola Bottling Company building at 630 S. Pitt Street. The brewery’s founders made an investment in an area that will blossom and help revitalize the community, as well as meeting a market need. The investment group, made up of Greenville locals and partners in western North Carolina, raised more than $2 million to purchase the building and equipment.

The historic space has been renovated to provide a memorable, family-friendly gathering space for the community. The brew house is in full view of the public seating areas and features a 15-barrel brewing system, allowing for the production of more than 4,000 barrels of beer per year in nearly a dozen varieties. A covered bier garden in front and an outdoor space behind are pet-friendly.

The building, a contributing resource within the Dickinson Avenue National Register Historic District, was built in 1926 with a two-story addition added in 1935. It has been largely unused since 1982 and has become the inspiration for one of the brewery’s flagship beers, called Ruinenlust, which is German for the love of old, abandoned buildings. The original interior and exterior of the building were preserved as much as possible during the renovation in order to maintain its architectural history.

Pitt Street Brewing Company will produce a beer lineup of 7-8 styles that will appeal to the average beer drinker: Pilsner, Kölsch, Amber Ale, IPA, Pale Ale, Wheat, Stout, Porter and a Sour. Added to the rotation will be a few seasonal beers and the occasional fruit beer.

A hallmark of the beer is innovation through interpretations of historic styles with unique twists.  Craft beer has the freedom to develop new styles that have no precedent; though they are generally made with traditional ingredients like malted barley, non-traditional ingredients are sometimes added for distinctiveness.

Beer lovers can enjoy beer by the glass, purchase & fill growlers and in the near future purchase canned beer. Wine by the glass, hard cider and soft drinks are also available in the taproom, and keg distribution will be provided for local and regional bars and restaurants. 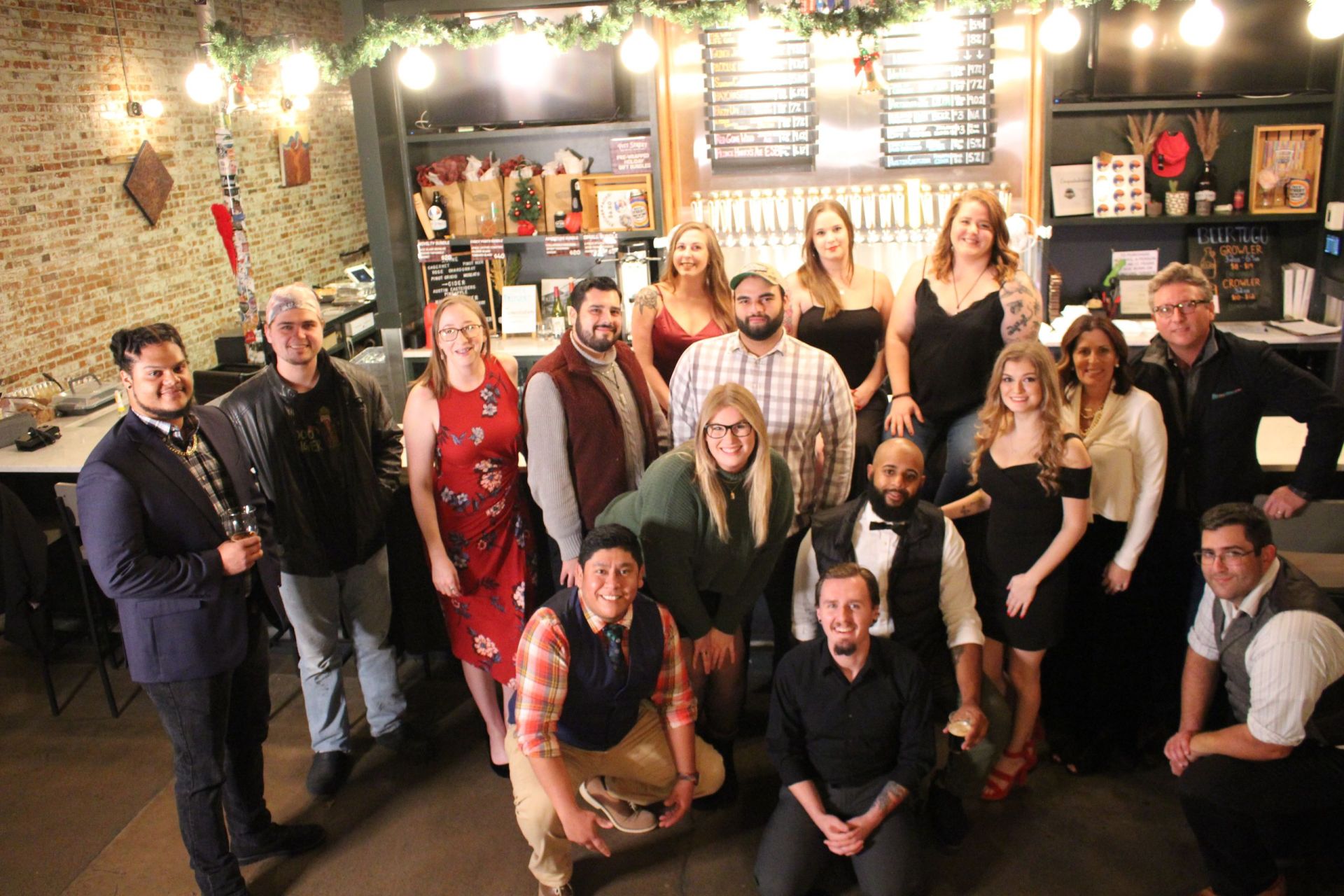 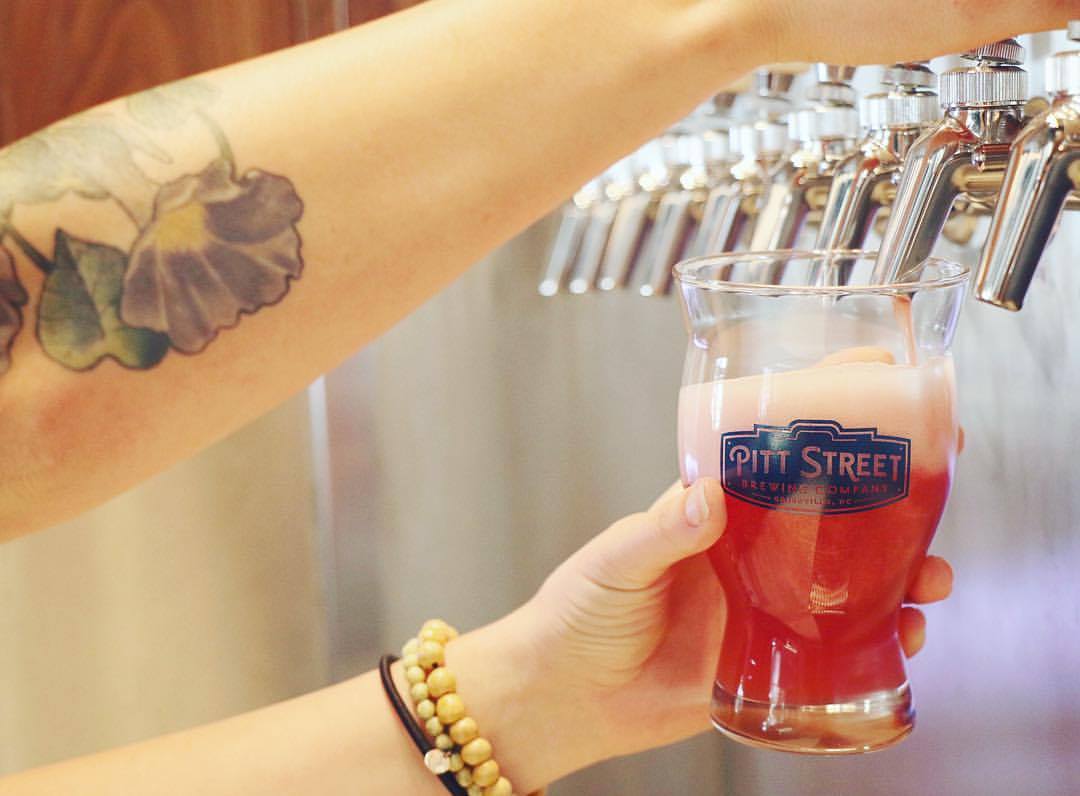 We are not currently hiring, but if you have a career inquiry, feel free to email us at info@pittstreetbrewing.com. 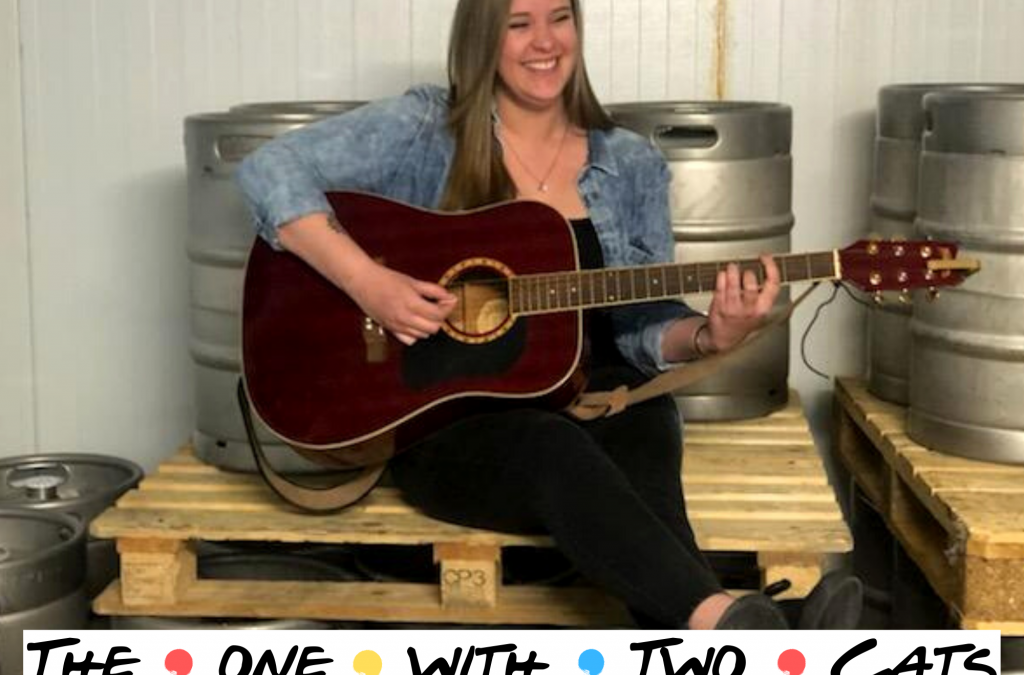 The Cooler Chronicles: Friends Edition Meet Our Taproom Servers!   Alexa, cue the Friends theme song… “So no one told you life was gonna be this way Your job's a joke, you're broke Your love life's D.O.A It's like you're always stuck in second gear When it hasn't...

Feel free to reach out!

Can I bring my own food into Pitt Street?
Of course! We will occasionally have food trucks on site, check the food truck schedule here. You are also welcome to have food delivered to the brewery.

What do ABV and IBU mean?
ABV means Alcohol by Volume – Essentially how much alcohol is in the beer. IBU means International Bitter Unit – How bitter a beer will taste on a scale starting at zero, so the higher the number, the more bitter the beer.

Can I host a party or a meeting at Pitt Street?
Yes, we have a back bar that can be reserved for parties and an upstairs meeting room that overlooks the brewhouse. Just call Brianna Long at 252- to see if your date is available.

Can I bring my dog?
Absolutely. They are allowed on the front porch and in our backyard, just not inside the brewery. We do have water bowls for our furry friends!

Can I bring my kids?
We also love kids. We have a backyard area and an indoor kid’s corner. We are family friendly here at Pitt Street!

Where can I park?
There is a small parking lot next to Luna Pizza or across the street next to Trollingwood. There is also a large parking lot behind the GO Science Center.